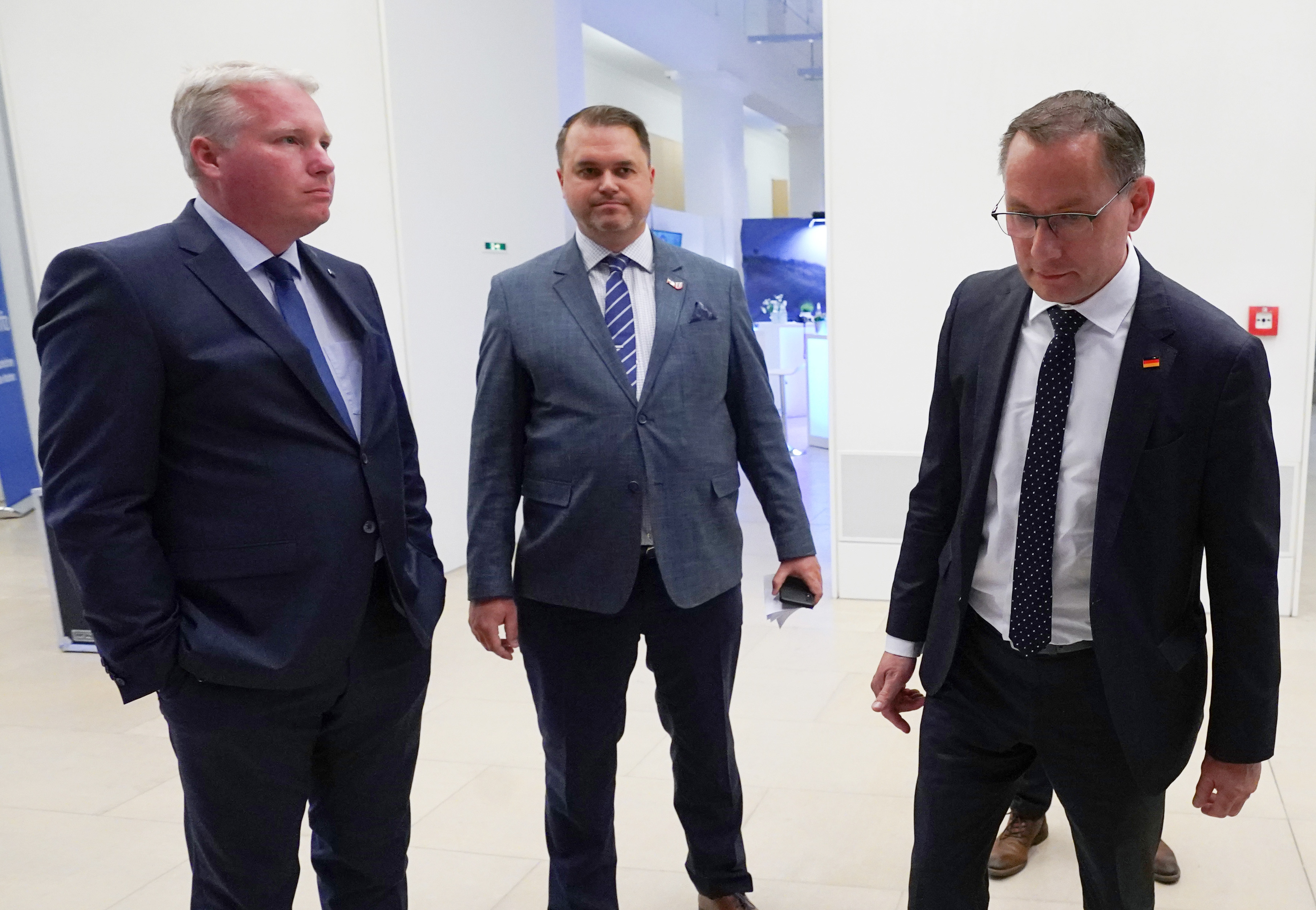 The regional elections held in northern Germany this Sunday caused few shocks: the Christian Democrat candidate, the very popular Daniel Günther, swept 43.4% of the vote and will continue to govern, as all the polls anticipated. The post-election negotiations will say whether he continues to do so with his current partners or changes coalition. But the renewal of the Schleswig-Holstein Parliament, the land northernmost German, with 2.9 million inhabitants, left a surprise for the far-right Alternative for Germany (AfD) party. For the first time since he began to obtain parliamentary representation, in 2014, he has been left out of a regional chamber. It did not exceed the minimum of 5% of the votes.

The far-right formation barely lost one and a half percentage points compared to the 2017 elections, but that margin has been enough to become an extra-parliamentary party, with 4.4% of the vote. Schleswig-Holstein thus becomes the first federal state to expel the far-rightists and deepen the crisis in which the party has been mired for some time. The Greens’ candidate, Aminata Touré, was the most explicit when the recount was confirmed: “This is excellent news,” she said first. “Schleswig-Holstein has done it. The Nazis are out.” tweeted afterexultant because his formation has grown five points since the last elections.

The AfD regional debacle occurs at a difficult time for the party, immersed in internal and leadership crises and increasingly leaning towards the extreme right after the departure of the last of the moderate. The party that started out as Eurosceptic and evolved into anti-immigration after the 2015 refugee crisis is now struggling to find its ideological framework. He tried to fish for votes with anti-restriction populism in a pandemic, but it didn’t work for him. In the general elections last September, he obtained 10.2% of the vote, more than two points below his results in 2017, when he made a splash by breaking into the Bundestag for the first time with 12.6% of the vote. .

Is it stagnation or could the Schleswig-Holstein catastrophe be the beginning of the decline of the German extreme right? It is early to guess, but the latest electoral appointments have not painted well for the AfD. “They stopped growing a long time ago and now they have started to lose,” explains Peter Matuschek, a political scientist and researcher at the Forsa demographic institute. Yes, one could speak of a decline, he adds, although the formation continues to have “a stable electorate, a hard core that supports them even if they fail to mobilize with the campaign issues.”

The researcher points to an interesting fact about Sunday’s elections: the high abstention rate, 40%. In other circumstances, the vote of punishment or anger with the ruling political class could have gone to the AfD. But this time it has not happened like that. Many people who were not convinced by the offers of the matches simply stayed home. In the analysis of the weakening of the extreme right, one must distinguish between the east and the west of Germany, which still, three decades after reunification, continues to vote differently. In the last general elections, the AfD clearly lost support in the west, but in the east it remained, Matuschek recalls: “In Schleswig-Holstein, Hamburg or Lower Saxony they have never had much roots and have already reaped regular results before.”

“We are seen to be sympathetic to Putin”

Some analysts point out that the crisis in Ukraine has particularly hurt the AfD, a formation known for having strong ties to Russia and whose leaders appear regularly on Russian state-controlled television channels. Since the invasion began at the end of February, the party has opposed imposing sanctions against Russia and the delivery of weapons, although the formation is divided and some of its members have spoken in favor of it. The candidate in Schleswig-Holstein, Jörg Nobis, blamed his results on the leadership in Berlin. “I think we have been harmed by the position of not supplying weapons to Ukraine. We are perceived as sympathetic to Putin or too close to him,” he told public television. The federal spokesman, Tino Chrupalla, denied him shortly after also on television, giving the image that the internal disputes have only just begun.

The elections in Schleswig-Holstein gave a resounding victory to the Christian Democratic Union (CDU), the party that leads the opposition to the tripartite government headed by Olaf Scholz. The success is read more regionally than nationally and has to do with the great popularity of Daniel Günther and his excellent rating as a leader, which exceeds 80% compared to 9% for the Social Democratic candidate, Thomas Losse-Müller. The Greens have come out of the elections greatly strengthened by obtaining 18.3% of the vote and becoming the second force, relegating the Social Democrats to third position. The result of the SPD, 16%, is the worst in its history in this federal state bordering on Denmark.

Günther, representative of the most centrist wing of the Christian Democrats, has campaigned little with the CDU leader, Friedrich Merz, in an attempt to disassociate himself from the acronym and bet on his personal image. The formula has worked for him by gaining more than 10 support points compared to 2017. The Social Democrats made a purely regional reading of the results at the end of election day, unlike the Greens, who appealed to the popularity of the current vice-chancellor, Robert Habeck . The also Minister of Economy and Climate of the coalition government of Olaf Scholz is right now the leader most valued by the Germans. Before jumping to Berlin into the federal political arena he was Minister for the Environment in Schleswig-Holstein.

Draw for «Asia U-20»: green against Japan

With 22 goals… Messi and Ronaldo tie
34 mins ago

Chile: Who sold non-lethal weapons to the Chilean police during the 2019 protests
June 7, 2022

Chile: Who sold non-lethal weapons to the Chilean police during the 2019 protests

Turnout increases slightly in France in the second round of the general elections | International
June 19, 2022

Ukraine: Odessa is back in Russia’s crosshairs | International
May 4, 2022

Ukraine: Odessa is back in Russia’s crosshairs | International

The frustrated union of the Italian center-left clears the electoral path to the right | International
August 12, 2022

The death of Elizabeth II: ten days of mourning and ceremony with no room for improvisation | International
September 9, 2022

The death of Elizabeth II: ten days of mourning and ceremony with no room for improvisation | International

The Johnson Government defends the legality of the deportation of asylum seekers to Rwanda and prepares a new flight | International
June 15, 2022

Portugal announces that Pereira has broken 3 ribs
6 days ago